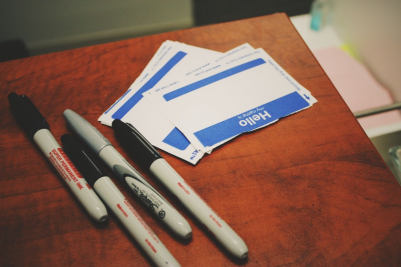 When the Story Changes 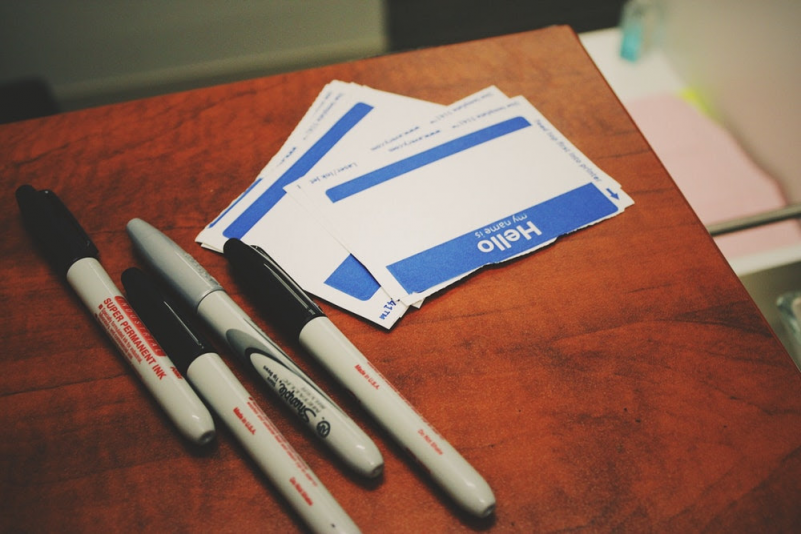 Skagit County, WA — Of all the unlikely friendships, the bond between two adult day center participants was the most unique I’d ever seen.  On the one hand, you had a petite older woman from Japan with a salt-and-pepper bun, pale smooth skin and a love for blue dresses.  She sat at a table that came up to her armpits, fiddling with her sleeve, picking the thread that hung loose from a corner with the intensity that comes with some stages of dementia.  She was smiling because next to her was her friend, a much taller, heftier Scandinavian-American woman with wispy white hair under a blue velvet baseball cap. This woman probably grew up churning butter or at least milking cows.  On her, in fact, the table only came up to her elbows.

The woman from Japan had married a Navy man and moved to the states after the war, raised a family, et cetera, et cetera.  Now she had dementia. The farm-woman — similar long story marriage – also had dementia and put up a fight about being left at adult day so her husband could take a break.  At first. Then she met her friend. At the time the friend still spoke English but as the dementia progressed, she lost that ability. However, her capacity to socialize with her friend — to chit-chat with the rout politeness we all learn — remained as gracious as ever and sparked her life-spirit.  Her tall friend was happy to have a buddy and (I’m fairly certain) did not notice when their story changed.

Such is the case with dementia and the beauty that comes when we have friends who expect nothing more from us than the happiness to interact.  Truth be told, this is one of the hardest parts of the disease for the person outside. As Teepa Snow, dementia educator, often says, when someone has dementia, it’s easy to fall into the trap of assuming a relationship with the person that they don’t know we have anymore.  And why wouldn’t we assume they remember the story of who we are to them? But they can’t so we can’t. The story has changed.

I once heard a story about two families who had parents in a secure memory care community.  One family had a dad in memory care; the other family had a mom. After seeing each other on a regular basis, the man and the woman with dementia were 100% certain that they were each other’s spouses.  The dad called the woman by his real wife’s name. The wife called him by her real husband’s name. Neither one noticed that the other was using the wrong name. They were utterly secure in the knowledge that their marriage had withstood the test of time.  And given that they had really been married to other people for their whole life before dementia, you can imagine what this did to the family.

The adult children, frustrated, finally went to the care team.  The care team admitted they were having a hard time with bedtime.  Of course the man and the woman expected to brush their teeth, put on pajamas and sleep in the same room!  (Sidebar: we do tell people who are in memory care, “Mary, you are home!” — to which the person will often not be reassured at all OR actually treat it like it is home, much to our chagrin…but that is for another post.)  Anyway, at bedtime, all manner of reasons for why “it’s not going to work tonight” came up as the staff directed this man and this woman back to their own rooms.

The team helped them to their table for breakfast.  The coffee was hot, things were going along per usual, but wouldn’t you know, the most entertaining part to both the man and the woman was seeing each other wearing nametags with the wrong name on them!  What a hoot, they thought! As far as I know, they stayed convinced for the rest of their lives that they were married.

There is a raw-ness when the story changes.  When the love we put into someone else for years suddenly becomes a loved one talking about us as if we’re not there.  It’s what it looks like from our end when the story changes. Like when we realize life’s not a choose-your-own-adventure book where you can put your fingers in the last section in case you die so you have the chance to go back.  It’s a narrative shift where we grieve the shit out of losing the person (again and again) and then slowly, sweetly shake our heads and put their happiness ahead of our attachment to the relationship. If you’ve done this in real life, know that it’s epic.

Truth be told and circling back, that husband-and-wife who were not husband and wife found some comfort in being able to see their “spouse” every day.  The two friends who spoke different languages – obviously gleeful.

Two weeks ago, I visited a memory care community that I love – they’re really good and they have a courtyard.  The head social worker said hello to a woman who reportedly didn’t like people. She had been disagreeable until she found the one staff-person she did like.  When I met her, she was “tanning” outside, decked out with diva sunglasses, covered completely in long sleeves, knee-socks up to her shorts, and sitting in the shade.  She chatted to the new friend as if they had the dirt on every single person in the place. She still had her story and was thrilled to have someone to listen.

Western Care Partners guides families through the decisions that have to be made when caring for someone who is getting older.  One of our specialties is dementia education and caregiver support — please contact us for more information: 720-675-9902 or www.westerncarepartners.com.