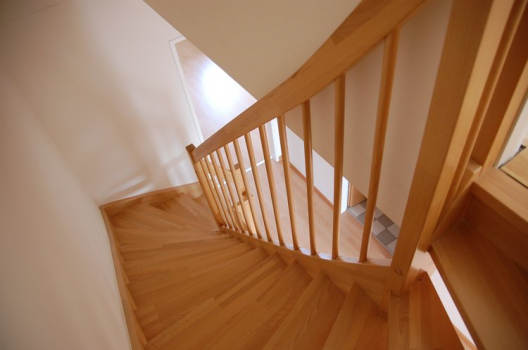 What If There’s Nothing I Can Do?

Denver, CO — Something as simple as wanting a thing that didn’t exist had her stuck.  The woman on the phone knew exactly what would make her situation tolerable, meaningful and worth all of her pain but the antidote simply would never exist in any person or healthcare system, most of which she’d cycled through.  She kept telling me that she just wanted some compassion for her situation, that compassionate people would’ve helped her already.

“What does compassion look like to you if there’s nothing any of these agencies can do to help you?” I asked.

She explained that she understood no one could help her resolve the botched surgery.  I’d looked over her paperwork before. The letter from her doctor which was always near the top stating that there was nothing more he could do — per the medical notes, the lining of her pelvic floor had been fixed.  Below that was an explanation of benefits detailing which parts of her surgery were covered and not covered by Medicare. Then there was a note in her medical history saying she had schizophrenia. She still had pain when she walked, and a stutter from when she survived abuse as a teenager.  Between the pain between her legs and the lack of a physical means to get the words out, it took some time to put the pieces together.

I could tell she was angry that I couldn’t help once again.  She’d been upset with me before but often called back. This time, however, she told me she was going to let the botched surgery go.  There’s really, she reminded me, nothing more they can do.  A phrase I had said to her over and over, and now she finally used on her own.  She had another question.

“Do you hate me the way some people are hating on TV?” She’d seen the protests against Donald Trump and internalized a fear that, because of her stutter — and then the time she gave a speech on inclusiveness and diversity that was kind of edgy — maybe that was why agencies hated her.

I told her she wasn’t hated.  What would she want done if she had agencies helping her?

“Vacuum my steps….there’s not that many.”  She counted them over the phone. “I have 14 steps.”

“So you want your 14 steps vacuumed?” I asked.  She needed more than that to get help so we needed to beef up her request.  She agreed to have all of her floors swept. And she wanted them waxed. I said I would see what I could do.  She had one more request.

“Can you also pray for peace on the earth?”

I explained that I was in the office — she would have to pray.  So she did. She prayed for both of us, she prayed for peace, and that people would not hate her and that I would get her help (vacuuming her 14 stairs).  Then she closed with, “In Jesus’ name, Aaaaaa-men”, told me to have a wonderful night and hung up the phone.

I can never find it back but somewhere in Etty Hillesum’s book An Interrupted Life & Letters from Westerbork she writes about prayer.  The book is actually her diary entries telling about her life in Nazi-occupied Holland during World War II.  At some point, the Germans move her parents to a labor camp and Etty muses that, in some ways, it’s easier to pray for someone from far away than to be with them in their daily suffering.  In many ways, I respect that sentiment as it becomes all too easy — and we hear it all the time — for someone to say I’ll pray for you but never actually help.  And yet, how do we honor and address the spiritual side of people?

In some ways, we don’t talk about the spiritual element, of sinking into ourselves long enough to see what’s there — is it a higher power?  Maybe there’s no higher power and you’re very in touch with other humans. Is your holy place being outside where you can see stars? What geography most gives you a sense of comfort and being home?

I try to remember to ask people about their belief systems and how it relates to their situation…which is usually a tough one because that’s when people call social workers.  More than I like to admit, I also ask and then forget. I’m still learning the rules around what is kosher, for instance — I can do gluten-free, vegan, paleo etc. but kosher has been a hard one to learn.  It doesn’t help that my friend who is Jewish often still has bacon in her fridge.

But when people are hurting and angry, and they’re asking for the thing that doesn’t exist, we can ask, What does this look like if I can’t fix it?  And it does seem beautiful that this woman decided she/we should pray.  Maybe that’s when the spiritual side comes in, because what do you do when there’s nothing else that can be done?

PrevPreviousForward, Backward, Awkward
NextFour Tips to Making Grocery Shopping for Someone Else EasierNext