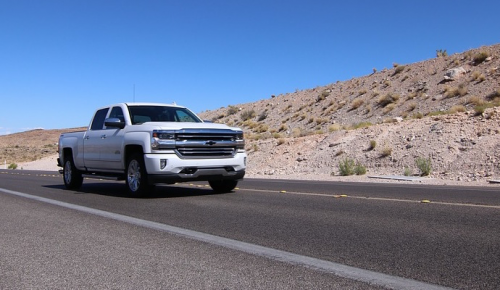 Denver, CO – This happened years ago.  I went to my first conference on brain injuries and came away exhausted.  It started with a man pouring maple syrup on the floor while another guy explained to me that he used to be a bass player in his pre-brain-injury life.  I didn’t know what to do. Was the syrup an accident? Did the man need help? The bass player looked at him.

At the time, my only experience with people who had survived brain injuries were those who called the Information & Assistance line that I answered for an Area Agency on Aging in Washington State.  With limited experience and training, most of what I had experienced (and what scared me) were emotions close to the surface which usually resulted in anger. I felt constantly like I was watching that little net which keeps our emotions in check lose a bungee cord and let whatever thought was in the back of the truck fly off while the person was mentally speeding down the road at 100 miles an hour.  It was only a matter of time until the whole thing let loose. So I would beg my coworker to take the call.

“You have more patience than I do,” I would tell her.  She said she didn’t.

“Well, you’re wonderful,” I’d say and then hold my breath, praying she wouldn’t transfer the person back to me.

I had no clue about brain injuries and how complicated they are.  Or, for that matter, how they make people amazingly real. The bullshit — which most of us use as part of that net holding our emotions safely in the back of the truck — often just goes away.  Here it is! says the brain of someone with a brain injury, Everything’s in the back of my truck! And oh, do you want me to put the tailgate down?!  Stuff goes flying out the back.  But there’s something beautiful and honest there.  And who doesn’t love a tailgate party or riding in the back of a truck?

Back at the brain injury conference, I found myself at a table with eight other people.  The keynote said we would be brainstorming ways to integrate someone with a brain injury back into society.  The young man across the table threw his hands over his head and made thunder sounds. (Get it?  Brainstorm?)

“So who here has a…a…” asked a man next to me.  He lost his words and someone said, “Brain injury?”  He nodded, yeah, and put his hand up.

All hands went up around our table except for mine and my coworker’s.  The group started to think of ideas for re-introducing our traumatic brain injury (TBI) case study back into society.  My coworker and I held back, not wanting to offer too many suggestions with our supposedly able brains.

Suddenly Brainstorm-man pointed at me: “Isn’t this what you do for a living?  You should know the answers!!”  Point taken.

I chimed in a little more, enjoying the randomness of our ideas and mostly the acceptance that anything I said was okay (again, no bullshit).  The workshop leader called us back together. He had survived a TBI and seemed okay with the chaos around him. When he finally had our attention, he addressed the group.

On impulse, I put my hand in the air.  “We’re number one!” I said enthusiastically, relying on my newly-found group of unfiltered friends.  The room hushed. I truly thought we were, and we were a great group.

Brainstorm-man shook his head.  “No, we’re not,” he said. “We’re number three.”  He flipped over a folder that said “Group #3”. Okay.  No one showed me that when we started.

“Are you sure you don’t have a TBI there?” he asked.  “Maybe some impulse control problems?”

I blushed — embarrassed, exhausted and massively accepted all at exactly the same time.

“That sure could be,” I nodded, smiling.

In the end, our group went third.  Everyone clapped for us. The speaker said we had great ideas and Brainstorm-man commented that Marvin Gaye was the bomb.  I asked if he was in a band and he looked at me like I was crazy. My bad.

Fast-forward seven years and I’m in charge of the Aging & Disability Resource team at Denver’s Area Agency on Aging.  I’m managing the same kind of Information & Assistance line that I once worked on in Washington. A person on my team gets a call from a man who sounds pissed off, partly because he is and partly because he just sounds that way.  TBI, they mention, but he’s very upset so they transfer him to me.  Karma, I’m telling you…

I ask how I can help and the guy spins off about how he’s already tried to tell his story and no one listens.  Part of his difficulty is that, because of the brain injury, he always sounds like he’s pissed off.  Then when he’s really yelling, it’s like a German in a leather jacket under an overpass on the east side of Berlin after several drinks yelling.  That’s where we are today.

“I know you’re pissed but I can’t figure out how to help if keep yelling,” I say loudly.  “I’m going to hang up but I promise to call you back.” I hang up. I wait. I call back.

“Sorry I was yelling,” he says, still sounding like he’s a little bit yelling.

“It’s okay.  It’s got to be hard to piss everyone off because your voice always sounds so angry.”

“Yeah, and I bet you have to apologize all the time.  It’s good you have that skill. I don’t always say the right thing either but I hope I can try to help you.”

I’m not going to lie — the behaviors and words of some people with brain injuries get under my skin.  But so do my friends sometimes. Now I understand that it’s like that pickup truck. We’re zipping down the road because our brains aren’t exactly good at stopping at rest areas.  Having a brain injury means it could all come flying out the back at any moment. Knowing this, I give myself a lot more grace to try out words and boundaries, to hang up and take a break, and to be enthusiastic anyway…because you never know when you’re going to be number three.

This piece is in honor of National Brain Injury Awareness Month and dedicated to the survivors of brain injuries who are kind enough to put up with and teach the rest of us.  And to Melody Coleman who took all those transferred calls for me.