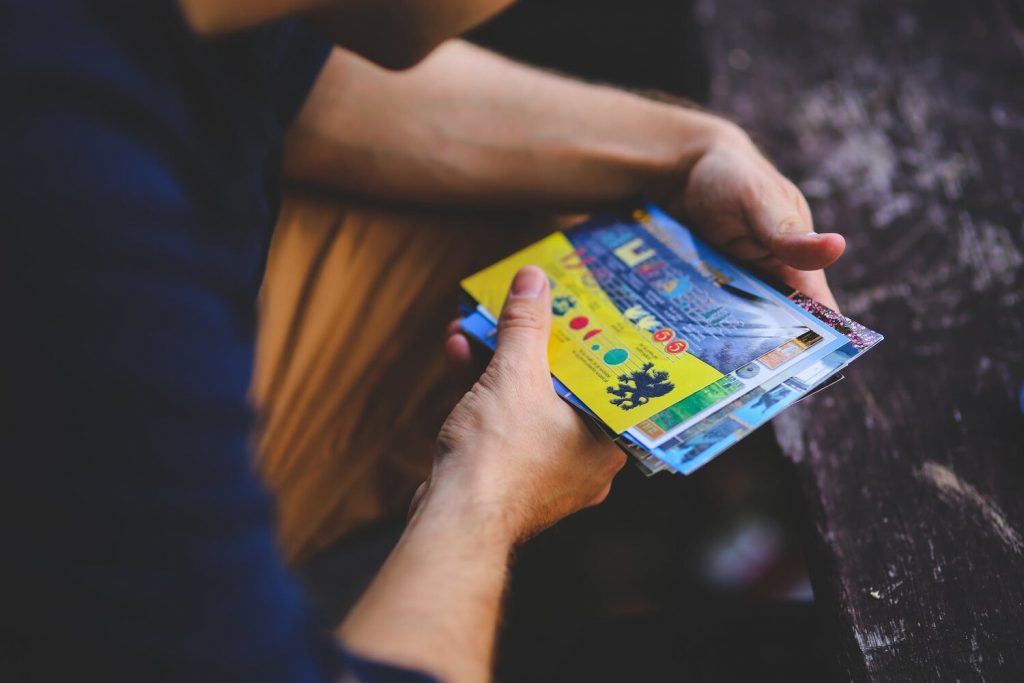 Stick it to the Man

My friend’s dad had dementia and she lived with him full-time. In one creative problem-solving session, we’d figured out how to hire social work students to stay with him so she could have an evening to herself. It was like babysitting but in reverse. Their role? To enjoy his company, which meant that he was enjoying himself, which meant that — as a daughter — my friend was doing everything reasonably possible that she could do.

Long ago, I heard a statistic that 50% of people with dementia will never know they have it. That means 50% will know something is wrong. These are the ones who grieve the diagnosis. They know that something is amiss or it runs in their family or they will see the reaction on their partner’s face and know they just asked the same frustrating question for the umpteenth time. They are hard on themselves, trying to help their family and continue in their role but finding themselves wandering around the house, moving things around (often interpreted as “losing things”), and trying to make their brains comfortable. There is a huge opportunity for counseling and support when this is the situation.

Then there are the other 50% — and trust me that this is not so clear — but they are the ones who do not see anything wrong with their memory. They logically try to make sense of why the world is so disorienting and often do so like a bull in a china shop. In my estimation, this is the group that makes sense of a bizarre reality they don’t remember causing by making up a story to fit. They explain finding books in the refrigerator by blaming it on someone else. Here is the potential thought pattern: There’s no way I would leave a book in the fridge, for crying out loud — so my son/neighbor/caregiver obviously did it….I knew he was out to get me. To the point where certain stories, especially when combined with paranoia, become outlandish and loved ones can spend all of their time managing the person’s distress. The brain makes up a story to explain the obvious visual evidence but the memory to capture the situation is impaired. The caregiver who was trusted for so long has now “stolen” all the jewelry which is somehow thankfully found in the trashcan and placed in safe-keeping but now that it’s “missing”, the caregiver is not trustworthy. God bless the caregivers.

Such had been the case with my friend who was living with her father, making sure he was enjoying life, staying busy, going to bible study, chatting with the social work students about the same thing day after day but they-loved-him-because-he-was-sweet. She knew better than to let everything lovely in her own life go. She found support and strength and was fortunate that, besides getting himself worked up about not being late for bible study when his personal clock was off (AKA 4am), he was really-truly-for-the-most-part safe. I admired this as I found him in a room by himself at her birthday party.

“You’re the dad, aren’t you?” I said and shook his hand. He was smiling and I saw him holding her blank birthday card. It was the best of times, it was the hardest of times. He couldn’t figure out what to do with the card so I suggested we write a message ourselves. He picked the words; I kept him on task.

We put the card in the envelope and left it on the gift table before we rejoined the party. I have a distinct memory of him being proud about mastering the situation. This is the card for my daughter. Nailed it. It goes on the table with the other gifts. Who had gotten him that card? We will never know. For that moment, it was the best of times.

Months went by and the daughter, my friend, came back into my life. Some things had changed — most notably, she had a timeline for moving out (AKA back into her own home). We were talking about what things could be put in place to help her dad stay in his home — his wish — for as long as possible. We talked about finding a graduate student who would be willing to live with him — free room and board in exchange for overnight support.

Overnight stuff, I will say, is the biggest challenge for most families. Sometimes when you have memory loss, your circadian rhythm gets messed up and you are up at all hours of the night. If you think you’ve lived through sleep deprivation because of the birth of your child, try living with someone with dementia. It’s hard on those of us with nine-to-fivers.

My friend told me that it was at least a little easier when he could stay busy doing things that he thought were helpful, things to keep himself occupied. What kind of things?

“At first, he handled the mail,” she told me. There was a pause and she remembered. “He would open ALL of the junk mail, every single envelope, like it was important stuff. Stacks of it, like it was his job. He would spread all of it out on the kitchen table to organize it. You wouldn’t believe what stuff they send…Publisher’s Clearing House…erectile dysfunction…”

I could certainly validate the immense amount of junk mail that he was receiving. Of all the mail to be worried about, junk mail was my nemesis. I have worked with clients who have been scammed out of thousands of dollars through junk mail but that’s another story.

“He could spend hours going through it…it was his job. Something to keep him busy. And you know the best part?” she laughed to herself. “The next thing he’d do was fill all of the prepaid envelopes and send them off. But he couldn’t match the envelope to what was supposed to go in it …so he’d put the erectile dysfunction propaganda in the Publisher’s Clearing House envelopes. Or send hemorrhoid cream ads to charities looking for donations. Imagine these places getting envelopes full of their own junk!”

“And! Get this,” she continued. “With Dad sending the wrong things back to these places, they actually started sending him less junk mail! Maybe they keep track of who sends them things? It definitely slowed down.”

Could there be a better solution to junk mail?! How perfect to send their own paraphernalia back to them? What if adult day programs took this project on as an activity that keeps people feeling productive, possibly making a difference and at least bringing a smile?

I ask my friend, if she’s missing this stage, why he had to stop this fun activity.

“Well,” she tells me. “He somehow mailed a whole book of stamps somewhere and I got to be a little worried that other things were going to go missing — but up until then, it kept him very busy!”

Like many people who have memory loss, my friend’s dad continues to be a source of light and frustration in the many solutions he finds to make his brain comfortable. I’ve known spouses whose husbands spent hours washing rocks in the driveway or folding laundry — whatever it is that allows for the feeling of being productive and enjoyed for our work. We are, after all, adults with an accumulation of life experiences and it takes creativity to ensure that people still feel like their lives have a purpose even when there is a diagnosis of cognitive impairment. And, let’s not forget…if it took the brain of someone with dementia to accidentally find a solution for junk mail, maybe we need to be open to other accidental solutions in the work people are still able to do.

Western Care Partners guides families through the process of accessing resources and services, facilitating family conversations, and supporting the entire family through the difficult situation of someone needing more help. Call or send us an email for more information: 720-675-9902 or www.westerncarepartners.com.

PrevPreviousNot Naked but Definitely Afraid: Why You Should Take a Survival Class
NextDeciding About Having Tough Conversations During the Holidays (We Vote No)Next