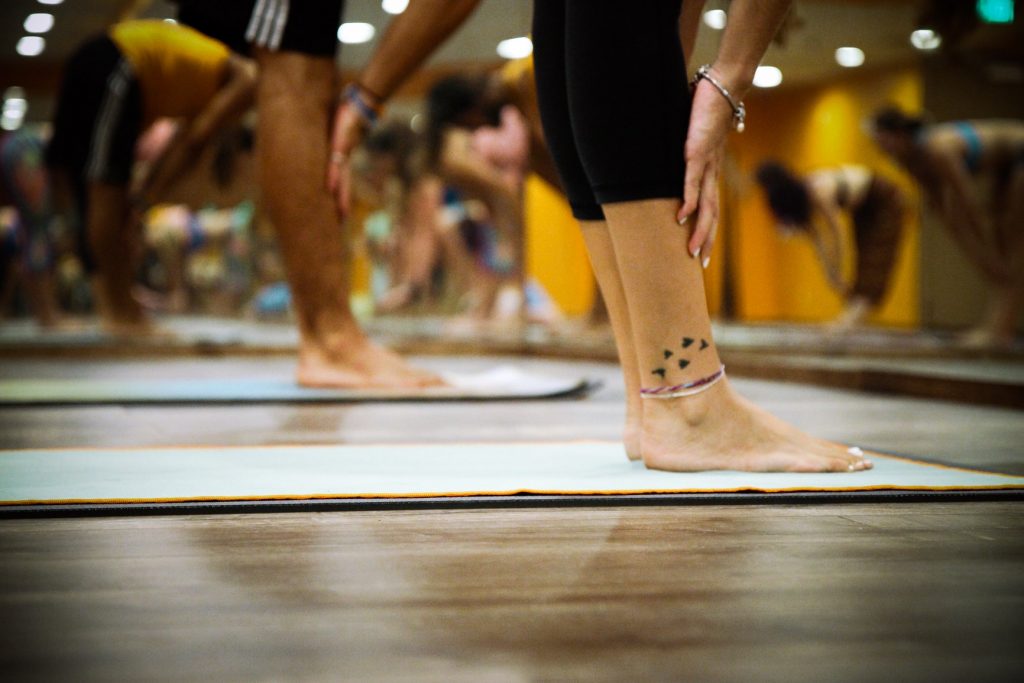 Does this Sandwich Generation Come with a Pickle? – Part 1

I don’t mind being touched when I’m taking a yoga class as long as the instructor asks first.  Generally, that’s how yoga rolls: early on in the class, the instructor asks you to raise a hand or a leg if you don’t want him or her to provide hands-on adjustments.  They take note, thank you and go on with the class, not touching if you don’t want to be touched. This is yogini best practice. 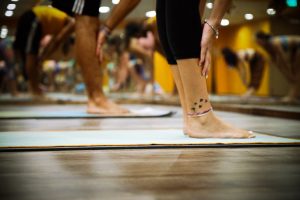 Occasionally, I go to yoga with my friend Mich.  She happens to also be one of the funniest people I know.  We used to go to a particular yoga studio and crack each other up before class.  Amidst other students taking their mat placement very seriously, she would whisper about how she’s going to invent mats the size of picnic blankets with a dotted line around the edge that says, “Personal Space”.  Or how we could tape two mats end-to-end to make one super long mat and then roll the entire thing out across the floor, pretending to be oblivious to the other students getting a little protective about their space.

At one point, Mich had a favorite instructor.  We’ll call him Denver. She loved Denver because his sequences opened the hips and expanded the ribcage.  Denver shared insights about hindu deities and the history of the body. Mich felt refreshed and even inspired by his classes.  One night, she encouraged me to come to class with her. Mich can have a picky side soI thought, Denver must really know what he’s doing.

We rolled out our mats and sat down.  The class was full when Denver shut the door and plugged in his iPhone to play some soft music.  We exhaled, inhaled and joined our voices in a single Om.  Mich was right that Denver could move a class through a sequence that inspired you to hold beautiful poses longer and longer, poses where you put your hands on the mat and twist one leg up above your body.  Then suddenly, I felt someone grab my thigh and try to help me square my hips. Denver!?  I couldn’t believe it!  The cardinal rule of yoga instructors is that they ask before they adjust you….and Denver broke it.

There’s nothing worse than coming out of a yoga class pissed.  On the walk home, Mich talked about how great the class was while I was annoyed with not being asked before I was touched.  Besides, it wasn’t even that helpful of an adjustment.

Several weeks later I landed in another class with Mich, taught by Denver, only to have the same thing happen again.  At Mich’s suggestion, I even tried to follow her instructions on how to make myself unnoticed — something Mich had practiced.  Somehow you just put out the energy that you don’t want to be messed with. Mich told me she actually practiced going to parties and counted it as a success when no one remembered she was there.  I, on the other hand, get called onto the stage if there’s any kind of audience participation even if I don’t volunteer. I tried to put out an energy of I’m not here and Don’t touch me in the yoga class but nothing worked; in fact the harder I tried, the more adjustments I received.  Mostly I just came off as crabby to the other yoga students and I’m sure Denver thought, Boy, that woman really needs to be here!

In the past few weeks, three women who are approximately 20 years older than me have told me that they feel invisible, that getting older had rendered them unseen in the world.  Their stories are similar in that they are dismissed after being noticed, usually with a hidden message that’s disrespectful.

One of these women who has gorgeous grey hair and a strong, lithe body told me that she began to feel invisible when men her age started dropping the “young lady” line…as in, “Let me get that door for you, young lady”.  It’s empty flattery that is tiring to know how to respond to, and feels like men not seeing her as someone with a lifetime accumulation of knowledge and experience that she’s worked hard for. Instead the comments point to her age, minimizes it and leaves who she is invisible.  She doesn’t have the energy to point out that calling a gentleman her own age “young man” would easily be taken as disrespectful, sassy and out-of-line.

Another woman mentioned that she doesn’t like to go to bars or restaurants because she either gets ignored when trying to order a drink or is given over-the-top special treatment that embarrasses her in front of other patrons.  She doesn’t feel seen as a human — as if her wrinkles and grey hair make it so that she is either too seen for what she is not and needs extra help, or not seen for who she actually is.

The risk is that this invisibility has an effect on the psyche of a whole population.  In this case, all three women are caring for their parents and juggling full-time jobs.  They’re in their prime income-earning years before retirement and also learning how to have friendships with their kids who are now adults.  If they don’t have biological family per se, they are often “logical” family to someone in their community. This population is educated, smart, dependable and trying to not lose themselves in the process of caring for so many others.  They are very aware that they need to hold very tightly onto their own inner beauty. It’s so all-consuming that you’d think this sandwich generation would at least come with a pickle.

According to Dr. Gabor Maté, family physician and author of When the Body Says No, this caring combined with the belief that we’re invisible is a life- and health-altering combo, and not for the better.  One of the things they don’t teach in medical school, he shares in a talk about caregiver stress, is that who gets sick and who doesn’t is not accidental.  Based on his experience as a family doctor, Maté holds that suppressing our feelings, especially when caring for another person, can become a behavior pattern that leads to chronic stress and then to chronic illness.  Two components play into this. One: taking too much responsibility for how everyone around us feels and hiding our own needs.  And two: believing that we must never disappoint the people around us.  Just as the immune system serves to protect our body from disease, our emotions also serve to protect us — and stifling one affects the other.

In some cases, being invisible has tremendous benefits.  Which superpower would you rather have?  Be able to fly or be invisible?  If you’re invisible, yoga instructors don’t randomly decide to adjust you in your poses without asking first.  Some of us can go to parties and not need to talk to anyone, a bonus if we’re having a bad day. Being invisible is like having a superpower until you need to be seen, until you need your hard-earned knowledge and skills and expertise and grey hairs recognized.  And then it’s hard to remove the veil and say, I’m here!  Yeah, me….I’m here doing all the things and I could use some support and recognition.  It sneaks up on us, the not being seen for all the work we think we’re doing to hold the world together.  Invisibility is a wonderful thing — as long as we don’t lose sight of ourselves in the process.

Western Care Partners guides families and individuals through the maze of resources and emotions that come with getting older or having a chronic condition.  We screen for services, facilitate family conversations and provide counseling to support you through the difficult situation needing more help. Call or send us an email for more information: 720-675-9902 or www.westerncarepartners.com.

PrevPreviousHow to Take Christmas into your Own Hands at 83
NextDoes this Sandwich Generation Come with a Pickle? – Part 2Next