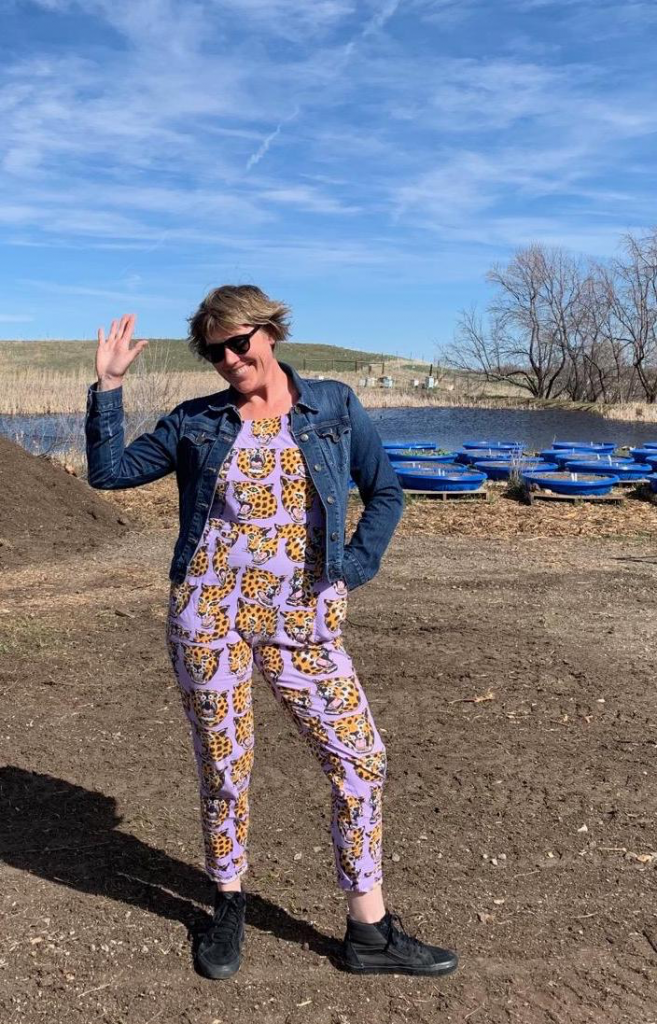 Being Intergenerational: Relating to our Past, Present & Future Selves 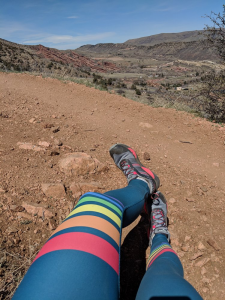 Morrison, CO — On a very crowded spring trail, I heard a voice behind me.

I had just passed a 6-year old girl with pink sunglasses, green ball cap and both arms wrapped around a water-bottle the size of a loaf of bread.

“Grandma, look at her pants!”  Grandma obviously wasn’t looking.  “I loooooove her pants.”

Then I realized she was talking about me.  Yes. A 6-year old. Liked what I was wearing. Yes.

It wasn’t the first time my vintage blue Scout Designs leggings caught someone’s eye.  With the asymmetrical rainbows down the sides, they are reminiscent of a proud downhill skier from the 1980 Winter Olympics (sadly, we didn’t win any gold for downhill that year).  I love wearing them and when I’m not in the backcountry, people either ask me if I’m going skiing or on my way to Jazzercise. All this to say, I grinned as I scampered down the trail because the little girl whom I’d once been loved my tights and here I was in my 40s wearing them.

This situation wouldn’t have stuck in my head except that my friend Erin who owns a video production company once busted out a pair of pink overalls with yellow jaguars on them for a business class we took at the Denver Metro Chamber.  Every adult in the room noticed — she’s known for these overalls! — and a core group of us count on her to wear them on a regular basis. 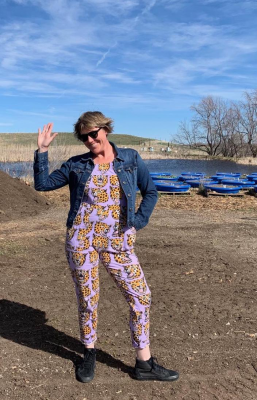 Outside of adults, when Erin wears her overalls, she catches the eye of every little girl age six to 11-years old.  They make her magic, like a real live Fancy Nancy. She connects with a generation different than her own, one that doesn’t even have a name yet.  Erin once told me that we should make more pairs for all of our friends. I had a flashback to the jade corduroy overalls with color crayons that my mom made me in 4th grade.  Little did I know that I must’ve been all the rage.

We love the expression on kids who see something they absolutely love and how much more rad is it when it’s something core to who we are?  How great does it feel when a teenager tells you they like your outfit. There’s something that needs a name here — what’s the word for when someone from a different generation connects with something that’s core to us, almost like seeing a reflection of yourself at a different age?

I met with a gentleman this week who was in his 80s and ran track in his younger years.  It was no big thing for him to run 10 miles a day in his prime which lasted most of his life.  Now he walks several miles around the park whenever he can. The bookshelf behind him contained many of the books that I’d read.  He told me that he used to fish and his heart was most happy when he was off-trail exploring. His family confirmed that he was a master outdoors-person.  On one adventure, he’d been snowed in on the Wind River Range for several days. I’m sure this was before the invention of GORE-TEX. All these were adventures I would love.  We talked about how this outdoorsy-ness is still part of his identity and he was proud.

In talking with him, a funny feeling came back from when I climbed Mount Baker.  It was at least the second time I’d made my way up the Roman Wall, all harnessed and prussiked up.  A few years before, I’d ascended from the Easton Glacier side, actually a hell-of-a-trip including my brother and my uncle.  During a long afternoon of post-holing back to camp, legs sinking through the snow up to our thighs, my uncle told us that our grandpa — his dad — had climbed Baker back in the day from the Heliotrope Ridge side.  As a bunch of small business owners and dairy farmers, they’d just tie ropes around their waists and kick steps up the same Roman Wall I was on now. Did they even wear crampons? Probably not. It was strange to think about my grandfather being the age I was, in that good-enough-youthful shape to decide to climb a 10,000’ peak over the weekend.

We all notice reflections of who we could become or who we were.  I’m not sure if these pre- and post-selves from where we are now have a name.  In my Intergenerational Justice class — which is intergenerational for the first time this year — the students don’t bond when I talk about the Depression or the Civil Rights Movement.  They bond when we talk about where we were when Obama was elected or when 9-11 happened. Because then they connect who they are now with realizing their parents were their age when these things happened, or that other students in the class were their age when Kennedy was shot.  Put yourself in those shoes!

In intergenerational justice terminology, we layer life cycle (where we are developmentally) on top of historical experience on top of what it was like for our generation to experience those things all at the same time — and that’s what makes generational cohort like the Boomers or Gen X’ers or Millennials.  Ironically, social work students do a lot of personal reflection but taking them out of their own experience and relating to different age cohorts gives them more of a sense of place with each other and the world. In academic jargon, I’m pretty sure it does what we call “decreasing social distancing” AKA it lets you build relationships and relate to them as other humans better.  Or, to put it simply, it’s rounding out the “when I was your age” and giving it a sexy pair of pink overalls with jaguars on them in your 40s and saying, “You go girl!” to your past, present and future selves, no matter where you run into them. 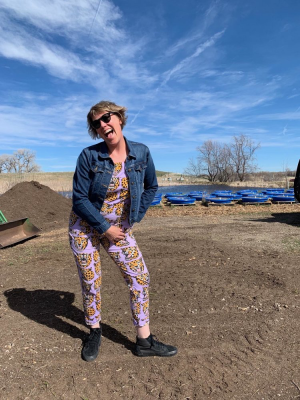 PrevPreviousThe Promise that Can’t be Kept: An Ombudsman’s Perspective
NextThe Effects of Holding Yourself UpNext