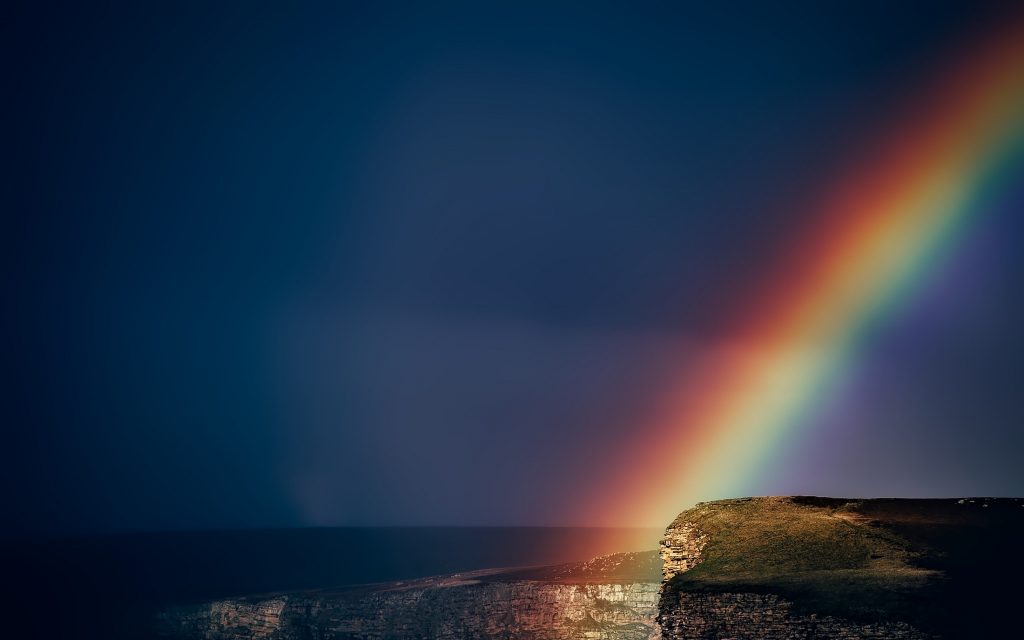 Be Your Own Rainbow 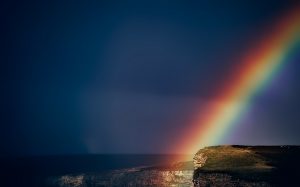 Denver, CO — Last summer, I read an article written by Colleen Wearn, an instructor for the National Outdoor Leadership School (NOLS), who took a group of college students backpacking in Scandinavia.  Trying to get to know the participants, she asked Claire if she had ever failed.  Claire was a straight-A student with a full-ride scholarship who’d made the varsity volleyball team as a freshman.  Claire thought for a second and said, “no”.

Wearn goes on to say that Claire was the hike leader for the day when the group ran into white-out conditions in the mountains of Norway.  The instructor trotted along behind them.  Claire and her classmates didn’t realize they’d navigated five hours in the wrong direction until they hit the Swedish border.  To make up for their mistake, the students had to come up with a plan and buckle down for a long night of backtracking.  They made it to camp at midnight.  Wearn points out the importance of letting people try triumphantly and triumphantly fail.  Claire reported the next morning: “Yesterday I learned that I am capable of much more than I think I am.”

I spend a lot of time in discussions with people who are older and their families.  Last year, I led a family meeting for an older couple whose kids lived out-of-town.  The daughter called the meeting because she wanted “everyone on the same page”.  Dad was on oxygen and tipsy on his feet.  Mom had a diagnosis of dementia and had been banned from anything except watching TV.  She sat quietly next to me, proud of herself for answering the door and bringing company over to the table.  She obviously had a long history of being a gracious hostess.

Throughout the course of the conversation, we problem-solved but the mom hadn’t said anything.  Finally, I asked her what she liked to do.

“Oh….”she said and patted the air as if to say we didn’t need to worry about her.  I noted her watching the kitchen and asked if she enjoyed cooking.

“Yessssssss!” she told me.  But as soon as she spoke, her daughter jumped in.

“Mom, you don’t do that anymore, though, do you?  We don’t want you to catch something on fire again!”

The mother nodded and looked down at her hands – she probably didn’t remember the incident but definitely remembered the shame.  I held out my hand and asked the mother if it made her proud to be able to cook for her family.  She squeezed my fingers.  Her daughter started to cry, realizing she was so attached to keeping her mom safe that she was in the habit of instantly saying “no” instead of finding an alternative for someone she dearly loved.  In the end, the family decided to patch together visits from the teenage grandkids in order to help the mom cook several times a week.  The goal was not to keep the mom from messing up, but to keep her safe and believing she was still capable of doing things she loved.

Things often don’t go as planned.  We hike in the wrong direction, we drop our tea, we lose our keys.  I listened to a podcast about how awful humans are at predicting the future but still we fret.  Our brains still tell us, “You KNOW this is not your first rodeo.  You can see WAY down the road where this is going so you’d better stop now!”  Especially if there is a lot going on – ie. we’re caring for someone and we are on overload.  Of course this is usually when the person we care for has some otherworldly burst of creative energy to explore/create/call the police and becomes the target of our limited bandwidth.

Insanity kicks in: “I don’t even have time to take a shower!  No, you can’t make cookies!” …or do whatever it is that might: a.) turn into more work, b.) result in tears, or c.) break something and be dangerous.

We tell ourselves “I am stopping them in the name of love” and yet we freeze him or her – this person whom we’re actually grieving because they’re not more independent.  It’s shouting, “Don’t turn the page!” when the scariest thing isn’t the monster but really that mom can’t cook alone anymore and that’s sad.

I have a dear friend who regularly has bad luck.  Together we have slammed on the brakes with a claw-foot bathtub in the bed of my truck so it came crashing through the back window.  On his own, he’s decided to break a juice jar with bacon fat in the bottom causing us to have glass in our scrambled eggs.  He got a chainsaw stuck in a stump when a tree fell the wrong way.  One memorable eve, he thought it would be a great idea to take a canoe to the local hangout, forgetting that the tide would go out and he wouldn’t be able to get back home for 12 hours.  Not too long ago, a sheriff pulled him over while he was coming to fetch me from the airport and made him leave his truck on the side of the road.  We’re still not sure what happened because he was not inebriated but I had to spend the night in a hotel.

Sometimes I get pissed off that he doesn’t have better luck.  But here’s the thing: he lets himself try stuff and has a high bad luck rate because he’s bouncing around in the world more than the average bear.  And his unsuccessful attempts are part of the bigger picture of him having a big life, broken windows and all.  He is usually the first person to say, “Oh, hell yes!” and head off on some adventure, coming back to tell the stories.

All this to say, sometimes we get caught up in what’s the worst that could happen – especially when someone has a limitation.  We bubble-wrap them and freak out, telling them about the monster at the end of the book when really, we just need to put safe-guards in place, let them bumble around a bit and maybe even stop caring so much.  So here’s a list to consider:

2. When things go sideways, start your story with, “So there I was….”  So there I was when I got the call in the middle of the night that mom decided to scoot the kitchen on her bottom instead of pushing her call button.

3. Let go and let the person you care for bounce a little.  I once led a support group for young stroke survivors and decided we should play charades.  A young man who was almost blind and walked with braces decided he was going to lie down on the table.  I thought he would fall off but he lay very, very still.  We finally asked what he was trying to be.  In a very loud whisper, he told us: sushi!  Climbing off the table, he commented: “Sometimes you just gotta be your own F@#*ing rainbow.”

4. Be your own rainbow — let the person you care for be a rainbow too.[/vc_column_text][/vc_column][/vc_row]