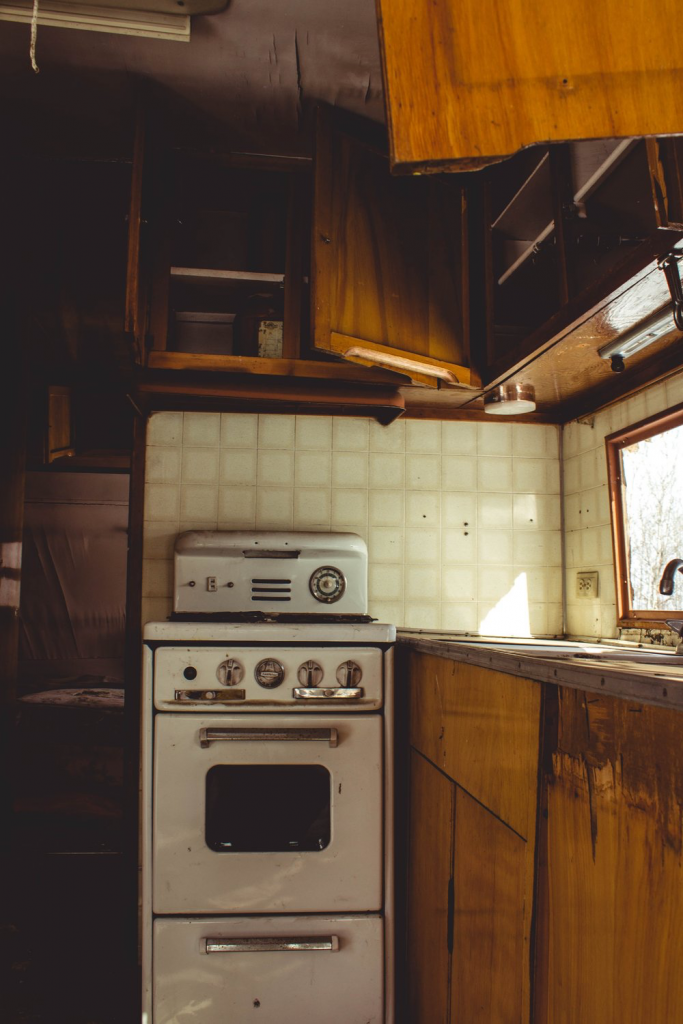 Anova Bentley Only Called as a Last Resort 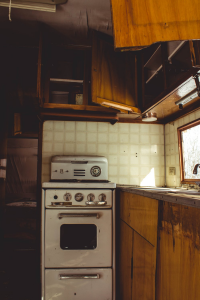 Skagit County, WA — I picked up the phone on a Wednesday morning and hoped for a walk-in-the-park day.  It was my job to answer the phone for a senior advocacy organization in rural Washington State.

“Is this Jill?” asked Joseph, the local volunteer coordinator and link between many older adults in the county.  His funding followed strict guidelines through the Older Americans Act while operating on a budget the size of what Medicare spends in one day.  His program also provided Meals on Wheels — five hot meals a week plus two frozen ones for the weekend, provided you had a way to keep them cold…which meant your power couldn’t be turned off.  If your electricity was turned off, you called Joseph who screened you for energy assistance. Or you called me. In the jumble of calls between his office, mine and the energy company, we usually could talk Puget Power into giving someone “another” last chance.

“Well,” Joseph continued as soon as I said good morning.  “I’m calling about Anova. We have a bit of a situation again.”  From the time I started in community advocacy, Anova Bentley was legendary for her amazing ability to survive almost anything.  She was as strong as her Appalachian heritage and as thrifty as a Goodwill-half-off-Saturday. Her client file took up more space than anyone else’s.

Anova (not her real name) was in her sixties, didn’t own a bra, and only called us as a last resort. The day I met her, she educated me on the best way to sell a motorcycle, guided me around the holes in her trailer-floor, and told me to be quiet so we could watch the end of the Golden Girls.

“She got into a fight with the Meals on Wheels volunteer,” Joseph continued.  “He called her trailer a public health hazard. She told him to get off the lot but I don’t think she has any food.”

“Why did he say it was a public health hazard?” I asked.

“Remember how the porch had holes?  She finally put new Astroturf over it but then the volunteer didn’t think the steps were safe.  We worked it out that he would bang on the side of the trailer and Anova would come down the steps to get the meals.”

“Yeah, for a bit.  But then during the rain, the dog refused to walk down the steps to go to the bathroom.  I really don’t blame her – that yard doesn’t drain. You’ve met Mama, right? She’s a sweet dog but she wouldn’t go down the steps and just pooped on the new Astroturf.”

I could see Anova’s trailer lot in my head: brown minivan, broken motorcycles, surrounded by tarps, broken flowerpots and plastic tubs.  It was a birdbath, an urban estuary where acquired items sank back into the soggy earth.

“So the dog pooped on the Astroturf and the volunteer told Anova it was a public health hazard.  Anova…disagreed.” Joseph put it mildly. “I’m not sure I can get the volunteer to go back. He’s retired and has his idea of how things should be.”

“Does she still want meals?” I asked.  Anova’s income was about $710 per month.  Earlier, she’d missed her six-month eligibility review required by the Department of Health & Human Services to keep her benefit.  The review could be done in person, over the phone or online. Like most people on the program, Anova didn’t have a working car or money for gas, she had limited cell-phone minutes and couldn’t wait on hold, and she definitely didn’t have a computer.

It would be a few weeks but somehow we got the state to reissue her checks.  During that time, I delivered emergency food from the local food bank. I knew there would be questions about whether I had overstepped my boundaries – the flimsy plastic fork in the road between burnout and doing the right thing.

I told Joseph that I would visit Anova after lunch.

The trailer sat on a lot to the back of the park.  It fit in with those around it except that Anova had been there longer and collected more belongings.  Her single-wide was from the 70’s. It had metal siding peeling off from the corners and tires piled around the front to keep the critters out. The soft river dirt had taken took over the wheel rims and the trailer canted toward the kitchen.  Water ran down the inside walls and gathered at a low point under the refrigerator. She’d eventually moved the refrigerator but the spongy floor already had a hole.

A little fence made of wood pallets welcomed you into Anova’s yard.  To one side, weeds were growing over a huge collapsed tent, one of her most recent bouts of bad luck.

Less than a year ago, Anova chose to pay a bill other than her electricity.  When the energy company shut off her power, she simply set up a 10-person tent and moved into her yard.  She was happy as a clam because she could see even more of the park than she could from her porch.

A month after she moved into the tent, a summer storm rolled through during the night.  Half of the tree above Anova’s tent broke off and fell right on her back. That was the end of tent-life.  Her nephew came to take care of her along with his dog, the beautiful pit-bull “Mama”.

I tried to call before I drove to the trailer that morning.  It was a formality and no one answered. Mama bounded out the door when I arrived while Anova cleared a place on the couch for me.

“How are you?” I asked.  Five lazy flies circled around the dim room.  The nephew tried to get Mama to leave me alone but she just wagged and leaned harder.

“Sorry I haven’t called,” Anova said.  “My phone’s out of minutes.” She swatted at the flies and we watched as they returned to formation.

I considered dodging my reason for being there but knew that she knew why I was there.

“I got a phone call from Joseph,” I said.  She smiled. Joseph had pulled quite a few strings for Anova over the years and she liked him.  “He said that you had a run-in with the Meals on Wheels guy and was worried you don’t have food.”

Anova rolled her eyes.  “That man told me my place is a public health hazard.  We just put down new Astroturf.”

“It looks nice.”  I hadn’t noticed any sign that Mama had been using it as her personal outhouse.  “The volunteer didn’t like it?”

“Well, Mama doesn’t like to go in the yard to do her business when it’s raining.”

“I don’t blame her.”  Mama took her cue and tried to jump on the couch with me.  She was strong and I guessed that no one told Mama where to go.

“So she went to the bathroom on the porch and the man got all huffy,” Anova said.  Mama knocked an empty cereal box off the table with her tail, looked back surprised, then went back to leaning on me.

“We told him, ‘Of course, we’re not going to leave it like this!’” She adjusted her shirt and the flies darted out of rotation for a moment.  “Who would do something like that? It’s not like you can just scoop that stuff up when it’s raining. It’s new carpet! You have to wait for it to dry.”

“That’s true…” I raised my eyebrows.  I hadn’t considered trying to scoop dog poop in the rain.  When something was new — even a piece of Astroturf — you took care of it.  “If I can talk the volunteer into coming back, would you try to put up with him?  I don’t think he gets things the same way you do.”

She agreed and promised to be home the next few days, another formality since I knew they were out of gas.  I weaseled my way out from behind Mama.

“You need anything else?”

I said good-bye and walked carefully down the rickety steps.  Sometimes it was only Anova’s sense of humor that kept her in the black but for now she had a bit of an income and electricity to boot.

“I thought I should call and tell you that Anova has been given an eviction notice for two o’clock this afternoon.”  He sounded worried. “They haven’t been paying rent – she’s mad at the landlord. There’s not much I can do.”

“Did you talk with her?”

“Yeah.  She might qualify for emergency assistance if it’s been a year since the last time we helped her.  I’ll look into it but thought you should know in case she calls.”

I was thankful that Anova at least was gracious enough to sign a release of information so Joseph and I could talk but there wasn’t much I could do.  I thought about calling her but she probably needed to save her minutes. She’d mentioned wanting to move to a friend’s property on the south side of town.  Maybe there was something lined up that I didn’t know about. The phone rang at 4 o’clock.

“It’s Joseph again.  We have a little situation.”  He inhaled. “Anova came in and we were able to give her emergency funds to pay her rent.  We gave her a check but I just got a call from the landlord that Anova never paid him. We called the bank and the check’s been cashed. Have you heard from her?”

“No,” I told him, thinking about how she’d done it again, this time with cashing a check that wasn’t even written to her and then disappearing.  Somehow I respected her need to move on and live life her way. I wasn’t surprised she hadn’t called — she had to leave and I doubted I would ever see her again.

It was dark and rainy as I drove home that night.  My route took me past a local church serving free meals to people going through hard times.  A brown minivan was parked on the street. I couldn’t be sure if it was Anova’s but I didn’t look too closely.  Can’t help that it’s a small community, I thought.  And maybe, sometimes, it’s best to let people disappear.

Western Care Partners guides families and individuals through the decisions that have to be made as we get older.  Please contact us for more information: 720-675-9902 or www.westerncarepartners.com.