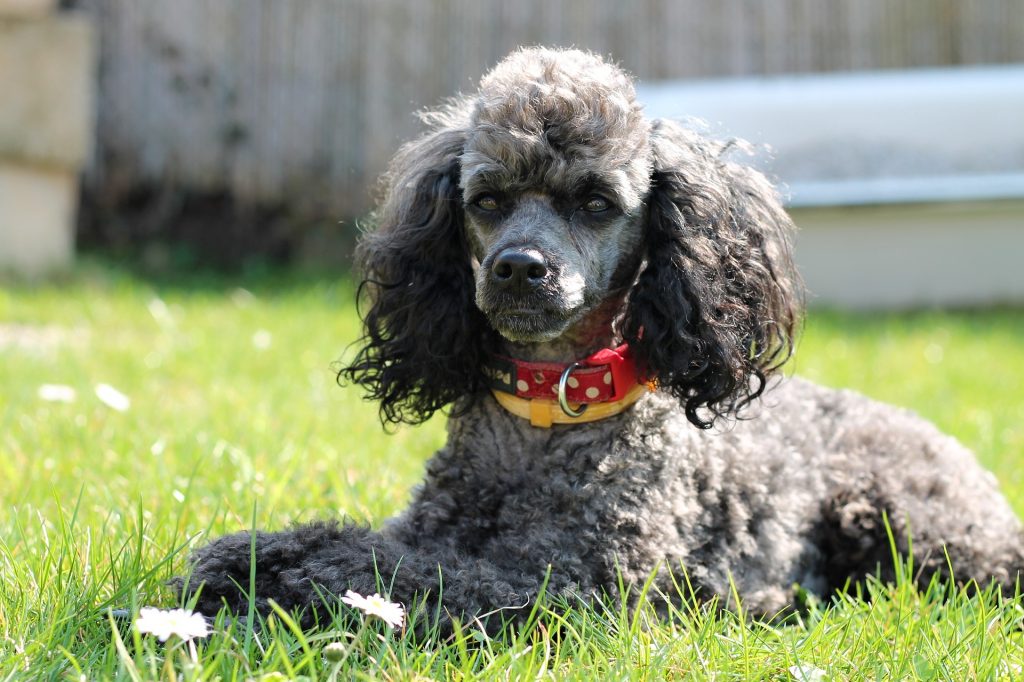 It wasn’t the fact that Mary’s eye shadow almost matched the Comet she had failed to clean off her toilet seat or that our first call almost got me fired.  Mary — all 100 pounds of her — always stood out because she was my neighbor, she spied on my house, and because she was the first person over 80 to shove me.  That’s not even half the story.

Sweet, sweet Mary was hard of hearing and I’m not even sure how she found our number in the first place; that was, the information and assistance line for the Area Agency on Aging where I worked in Washington State.  It was my first full-time job after joining the masses of being laid off in 2008.  I had no idea what I was doing as an advocate but figured I had a decent moral compass, had read the employee handbook and so far, boy, it was fun to help people.

Writing can never do justice to the sound of Mary’s voice on the phone.  Her voice sort of wailed, like a seabird, and because she couldn’t hear very well, you could hear her throughout the office every time she called.  Bless anyone else who was trying to hold a conversation or train of thought when we heard from Mary. It simply was not going to happen. If I turned her down on the headset, she couldn’t hear me so every time she called, we resorted to holding the phone away from our heads and yelling.

“Hello?  Hello?!” a voice crawked the first time she ever called.  Really, there’s no other way to describe it than to make up a word between croak and caw, in the kindest of ways.  “This is Mary. Can you help me?!  I can’t get this man out of my house!”

Of course this was alarming given that she sounded older, was yelling and I had no idea where she lived.  I quickly realized she wasn’t catching what I was saying back to her.

“I told him to leave!  Can you? Just tell him to leave.”  I could hear someone talking urgently in the background.

“Who won’t leave your house, Mary?”  I yelled. So much for niceties and demographics….are you over 60? what do you need help with? do you mind telling me what your income is?  But she had an immediate need.  The phone line went quiet.

“Hello?” I shouted.  A man answered in a normal voice.

“I’m a rep with Ballad Health Shield insurance,” he told me with an annoyed edge.  (It was awhile ago so I’ll make up the details.)

“Get out of my house!” Mary yelled in the background.

“I help seniors sign up for Medicare plans.  Part C.  Mrs. Sanderson invited me in. She’s going to pay a lot more if she doesn’t have a supplemental,” he was obviously feeling justified about being there.  This was in the early days of Medicare Advantage plans but I had never heard of someone not leaving a woman in her 80’s alone.

“It sounds like you need to leave,” I said.

“She INVITED me here to buy a plan,” he told me with finality.  Mary was still telling him to get out in the background.

“And now she doesn’t WANT to.”  My coworkers were looking at me.  “She TOLD you to get out of her HOUSE.”

I had looked up Mary’s phone number in our database and realized she lived in my little neighborhood of 50 or 60 homes squashed between the train tracks and the highway.  Danged if I didn’t want to head over there and kick him out myself.

“Look, I don’t think you understand…” he tried to tell me.

“I understand that she doesn’t WANT you in her house.  That’s what she just told you and I am telling you now.” I took a breath while Mary continued on in the background.  Apparently she didn’t need to breathe.  “If you don’t leave, I will call the police.”

I was trying to read the case notes as quickly as possible to get a handle on her situation.  Mary had called our office for various things before but it was my first phone call with her.  She’d requested Meals on Wheels and a volunteer to help with home repair, it looked like. The notes said she volunteered with the Masonic Lodge down the street.  I wondered if she was the little older woman who walked by my house, blue eyeshadow for days, her hand bouncing up and down on my chain link fence, looking forward but definitely keeping an eye on things.

“Who are you?” the man demanded and I told him.

“Well, expect me to file a complaint.  I have every right to be here — she INVITED me.”

With that he must’ve put the phone down and left because Mary came back on.

While I tried to help Mary calm down (not a small task), it really sounded like she didn’t have much of a support system.  It didn’t help that the only way she could hear me was if I lowered the tone of my voice and spoke loud and gruffly, my “angry eyes” voice.  Even then, her hearing me was only kindof-sortof. Once she calmed down, I tried to ask Mary if she had Medicare but she was discombobulated.  I asked her if I could come over tomorrow and meet her in person; then we could figure all of this out. She agreed and later that afternoon, my boss emailed to find out why the heck she’d received a nasty complaint from Ballad Health Shield about me.  I was duly reprimanded. 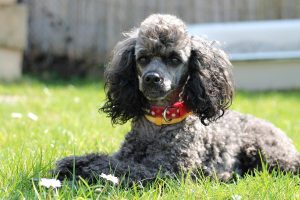 The next day I visited Mary for the first time.  She lived exactly 15 houses away from me and was as loud in person as she was on the phone.  The home entered through her living room and above the mantle hung a huge oil painting of a grey standard poodle.  Mary didn’t always finish her sentences when she was excited or distressed so in-between her, “Oh my god, I didn’t know what to…..Oh, he wouldn’t leave….” and “Thank you for being here, oh thank you so much for coming!” I picked up that she lived with her son who was away at his job washing used cars for a local dealership.  I also picked up that, except for mowing the lawn, he was not able to help her much. When I asked her about it, she dodged the question.

It was months before I realized that Mary’s son likely had a developmental disability.  In order to keep him from being institutionalized — the standard back in the day — Mary and her husband had kept their son home from school and cared for him.  The son’s first love was his corvette which I often griped about when he revved it down our quiet street.

Mary’s house was fairly clean with mid-century modern furniture and a heavy 70s dining room set.  She could barely pull the huge wooden chairs away from the table, gasping as she tried to also tell me about a photo on the wall.

“That….” she grabbed the chair with both hands and tugged.  “…is my husband and THAT….” she pointed to a young handsome Italian man leaning his arms around their shoulders on the deck of a yacht, “…is Riccardo!”

“Oh, you like Riccardo, huh?  Did something happen with you and Riccardo?”

“Oh!  Well, I’m blushing….haha….you can’t say that.  He is handsome!” Mary could barely get a word out, she was so flustered.

“Mary,” I said her name often as she seemed to have a hard time staying on track.  “We need to make sure you have the insurance you need. Shall we work on that?”

For the next hour, we made phone calls and verified that, in spite of her inability to keep the conversation on track, she had actually enrolled in a good Medicare plan and seemed to have a couple of ducks in a row.  There were a few strange medical bills that we still needed to figure out so I promised to come the next week and help her.

“I just can’t get anything done on the phone!” she yelled, not meaning to but also not able to hear herself in her head.

Mary nodded.  “You have to go home now?”

“Where do you live?” she asked.  I knew this was coming. Ever have it where the person you least expect has a spidey sense about the questions you most don’t want to answer?  I figured I could lie or I could come clean and let her know I lived down the street. It was a small town and she was bound to see me sometime if she hadn’t already.

“My house is just down the street actually.”

grabbed my arm.  “I’ll check on your house when I walk. Which one is it?”  So I told her. I didn’t want to linger too long on the subject and started walking toward her door.

you next week!” I pretty much shouted.  I pointed to her mantle and an extravagant urn sitting just to the side of the oil painting.

“Mary, is that where you keep your husband’s ashes?”

“No way,” she shook her head.  “That’s my dog. My husband’s in the closet.”  She grabbed my arm again and laughed.

This was just the beginning.

Western Care Partners guides families and individuals through the maze of resources and emotions that come with getting older or having a chronic condition.  We screen for services, facilitate decisions and provide counseling to support you through the difficult situation of needing more help. Call or send us an email for more information: 720-675-9902 or www.westerncarepartners.com.

PrevPreviousFresh Heart: The Art of Not Losing Yourself
NextA Very Unique Bird…continuedNext