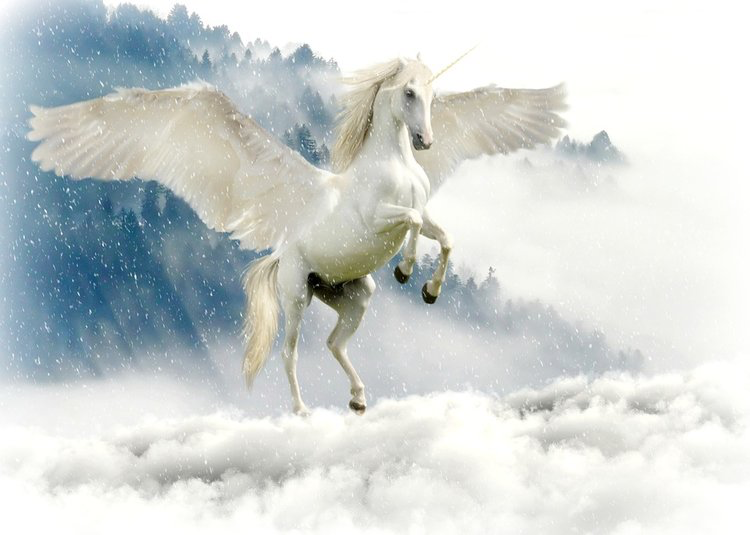 Denial is a Form of Hope

When the brain wants a solution, it will go to any length to find a unicorn.  I know this because, in moments of crisis, I’ve searched for them. And they are notorious for being attractive distractions when you desperately want a solution.

“Look up Lucas Winters,” a client told me over the phone.  I googled the name.

“He’s my attorney’s friend and sits on the board of the hospital that does the best acute stroke rehab in the US.  My attorney’s going to talk with him and see about getting Lizzie into their program.”

This was a client I spoke with almost every day for a month as we tried to get his wife home from a long-term acute care facility or “L-TAC”.  She survived a stroke several months earlier and the key was that she needed 24/7 nursing care because the stroke had paralyzed the right side of her body.  Immediately after the stroke, Lizzie was discharged to a place that did not specialize in acute rehab and, in the months that followed, her recovery plateaued.  Per her insurance, she’d missed the window for acute rehab and help from a team specializing in brain trauma.

The husband felt terrible that he had assumed that the hospital knew best where to discharge her.  I thought rehab was rehab, he told me.  And our gut instinct is that the brain needs the same kind of rehab we use to treat bodily injuries — stretching and strengthening and a challenge — however the brain is a different beast.

By the time I received a call, my client was desperate to help her recover.  As we came up with Plan A just to get her home, he continued to spend hours trying to get her into the acute stroke rehab program through this friend-of-a-friend favor.

When I lead family meetings, I ask people what their plan is for when they need more help.

How are you going to get up and down those stairs after your knee replacement?  Can you go up on your bum? Is someone going to come over and walk your dog?

Just the other week, I had someone tell me that he was still trading on the stock exchange and fully expected that his investments would come through with several thousand.  I often hear this from men in particular. Little did he know that his financial Power of Attorney had squirreled away $50,000 into a separate account, saving it for him in the event that things went south.  He went into the details of his investing prowess — including a spreadsheet — which made me glaze over.

“I’m going to stop you right there,” I said.  “Tell me what you plan to do if these investments don’t come through.”

“Oh, they will,” and he went right back into another round of S&P 500 talk with  one-hundred percent confidence that he was one in a million.

“Okay, here’s what we’re going to do…” I interrupted him.  “That idea is going to go into the ‘long-shot bucket’ over here.”

I indicated the bucket was way over to my left, my waaaaay left.  Super deep, that bucket.

“But we’ve got to figure out an easy and dependable plan.  No loop-holes, not a long-shot but a Plan A — and you can keep working on the long-shot bucket but Plan A is the one we agree to try first.  That okay?”

He nodded, not entirely on-board but maybe a little.

Million dollar question: Why is it that we all want to be the exception when it comes to hard situations?  Our long-shot buckets overfloweth with what we hope will happen and what we sincerely expect of our futures.  The easy answer is the Big D for Denial — plain and simple.

When I ask some people, Who have you seen who has done this whole aging thing really well?, most will change the subject.  I’ve had one person give me an answer because his best friend played 18 holes of golf with him two days before he died.

Denial, we know, is a coping mechanism — in fact, one of the earliest techniques we learn for surviving.  It’s the emotional equivalent of covering our eyes. If I can’t see it, it doesn’t exist…not here!  It’s not happening. Which is pretty much how I get through horror movies.

We forget that denial is also a form of hope.  We use it to seek catharsis when life gets hard.  If we didn’t have hope, we wouldn’t use wonderful-terrible techniques like pushing away the people we love, not letting them know when we’re going through something difficult, and changing the subject when they bring up something painful.  The presence of denial is, in a sense, hope that there’s a unicorn.

The other twist to the whole situation of the long-shot bucket is that enough of us have had at least one situation where ourselves or a client was actually the exception and finding the unicorn worked out.

One time when I was working for the area agency on aging, I went on a home-visit to a client who looked like death warmed over.  She was living through her third round of chemo, she’d lost all of her hair, could hardly walk, and her food assistance benefit had been cut off, likely because she spent all her time at the hospital and never turned in her paperwork.

I explained that my role as an advocate was to help her call the county Department of Human Services to get her food assistance back.  Her income was only Supplemental Security Insurance (SSI) which is a minimum amount the government pays you when you don’t have another means of providing for yourself.  She wanted to move; I didn’t see how that was possible. She wanted contact with her son; he had not been in touch for over seven months. She was one-hundred percent confident all these pieces would work out in the end.

At one point, as we waited on hold for human services, she was being nasty and hopeless no matter what I said.  I was already sitting on the floor and uncomfortable.

“Look! I’m trying to help you and I need you to be nice to me,” I finally snapped at her.

She sat back in her chair with all its pillows and looked at me.  I had never snapped at a client before.

“It’s hard to help when you’re being this mean.  We’re all frustrated here.”

She didn’t say anything.  A technician came on the line and the client was civil so I never returned to the conversation.  When we got her food assistance benefits put back into place, she thanked me. I gave her a detailed list of people to call and things to ask when she was stable enough to move but thought it was likely I would never hear from her again.

Almost a year later, my phone rang and I picked up the call to hear her voice on the line again.

“Can you help me?  The county messed up my in-home help since I moved and they’re saying I’m not eligible but I turned in all the paperwork.”

She told me she moved in with her son and applied for benefits, just like the plan of care I made told her to do.

“You applied for in-home care?”

“And you moved in with your son?”

I was shaking my head.

“Can you help me call the county?”

“Yes, but you need to know that I’ve never had someone actually follow a plan step by step, on their own, to get benefits — not when they expect changes to happen like you expected to happen.  I will absolutely help you call the county. Good job.”

We waited on hold and caught up.  Once I had someone on the phone, I explained her situation, including the part where I thought she would die and it was a null topic to check things off her list (not my best assumption).

The technician reinstated her benefits and made them retroactive for the previous month.  That never happens.

She thanked me and said she thought that was all for now — she’d call if anything else came up.  I never heard from her again but she still stands as my example of finding a unicorn.

Western Care Partners guides families who are struggling to figure out options for someone who’s getting older or who want to know how to plan for themselves.  We explain resources and services, facilitate family conversations and support you through the difficult situation of someone needing more help. Call or send us an email for more information: 720-675-9902 or www.westerncarepartners.com.